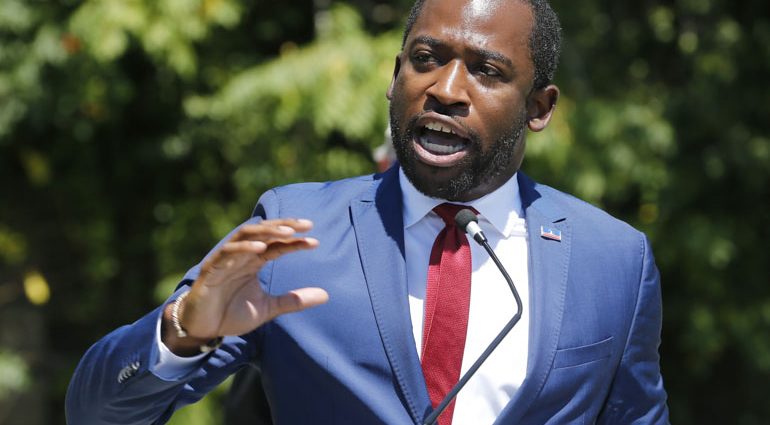 A Letter to the Gun-Grabbing Mayor of Richmond, Virginia [The following is a letter sent by Dennis Petrocelli, MD to Richmond, Virginia Mayor Levar Stoney regarding hizzoner’s proposal to ban firearms near permitted events in the city.}

Congratulations on distinguishing yourself as a newly-minted member of the elite circle of “guns for me, none for thee” authoritarian rulers. Although you saw fit to accept an armed security detail–whose size and cost remain shrouded in secrecy–you decided that the average Richmonder should be denied their inalienable right to self defense if they should stray too close to an event that is, or “should be,” “permitted.”

Your proposed “ban” isn’t a ban at all, because there are no provisions for perimeter security or metal detectors, which would be required to ensure the absence of guns. Instead, you turned the exercise of an inalienable right into a new, victimless crime.

Unsurprisingly, the mainstream media ran with your proposal as a “ban” because it didn’t take the time to think this through, perhaps because they were still mesmerized by your meeting with #BLM protestors two months ago. They should have realized that your proposed law provides an additional source of new recruits for Virginia’s prisons. That’s why your statements to the press carefully avoid any discussion of what penalties are attached to your new crime, because doing so would alienate your base and reveal that your ban is no ban at all.

Your proposal, sadly, is just another government infringement in an unbroken chain of abuses that proves that gun control is racist. It’s obvious to everyone except your local sycophants that you introduced this missive just days before a Black Guns Matter event was scheduled to occur in Richmond later this week.

I had hoped that your connection with Michael Bloomberg during his failed campaign’s tour through Richmond would have stopped a veneration in return for his financing of your party, but sadly it seems you’ll be emulating him as well. The only question that remains is when you’ll begin to implement his stop-and-frisk policy targeting people of color.

Your public statements regarding your proposal have been completely vacuous. You said:

The City of Richmond proudly hosts hundreds of public events each year, but I believe it’s in the interest of everyone’s safety to take guns out of these spaces when neighbors, visitors, and families gather,” said Mayor Stoney. “Under this proposed change, Richmond residents will be able to attend public events with a greater sense of security, knowing that the city is actively prioritizing their safety.

As a city, we must exhaust all possible options to reduce gun violence in our communities and neighborhoods,” said Mayor Stoney. “I’m thankful the state has finally given us a vital tool in building a safer Richmond.

Apparently we are to conclude that the guns of law abiding citizens pose a risk, but the guns of your armed security detail do not, which is all the more interesting given the data that shows that concealed permit holders are more law-abiding than the police.

Peaceful demonstrators — most of whom were armed — during a pro-gun rally, Monday, Jan. 20, 2020, in Richmond, Va. (AP Photo/Sarah Rankin)

It is entirely unclear how disarming people without providing security should somehow engender a “greater sense of security” when the evidence shows that gun-free zones attract atrocity. I do appreciate your candor regarding “all possible options.” I know that no amount of “gun control” or “gun safety” will ever appease hoplophobes and you have admitted to as much.

All of your “bans” are just dress rehearsals for the next infringement. You banned guns in city buildings, as if there was an “epidemic of gun violence” breaking out there, and, when that accomplished nothing, you introduced the next infringement, and it is clear that you won’t stop. Please understand that your constituents have cleaned out local guns stores of their inventories. Every time I’ve done my part to contribute to the record number of gun sales during this plague, I’ve been impressed by how many new gun owners there are, and how many people of color have joined the welcoming family of gun owners.

Your constituents bought these guns to defend themselves, not to occupy safes at home. There is no reason to believe that they will take kindly to being told that their inalienable rights end, and their career of criminality begins, when an event that “should” be permitted happens, unbeknownst to them, along their path of travel.

Enjoy the support of the gun-grabbers that espouse this nonsense, because you’re losing the support of everyone else. Twitter blew up yesterday in reaction to your proposal, from all political corners: #BLM, Libertarians, Conservatives, even Antifa, were not pleased. I guess throwing in with the confiscationists is one way to finance what is no longer an uncontested re-election campaign.

Dennis Petrocelli, MD is a clinical and forensic psychiatrist who has practiced for nearly 20 years in Virginia. He took up shooting in 2019 for mind-body training and self-defense, and is in the fight for Virginians’ gun rights.

This post was originally published at drgo.us and is reprinted here with permission.