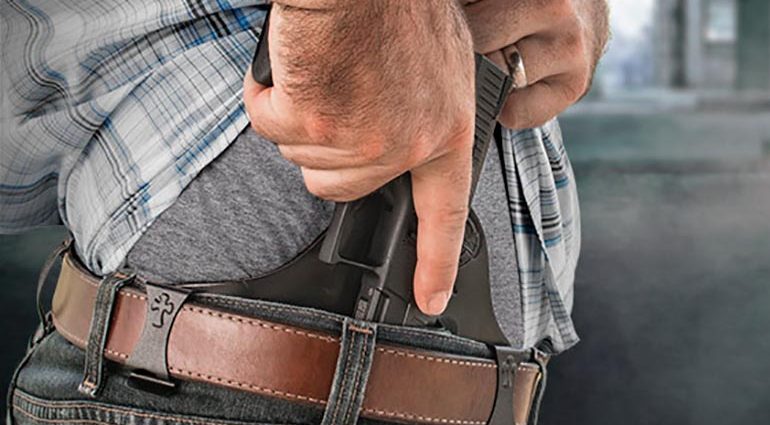 Armed Citizen Chronicles: Phoenix Defender Shoots, Kills a Man Who Drew His Gun During an Argument

Everyone has a gun in Arizona. Or so it seems. On Friday evening, at 5:30pm, Jorge Aguila Rodriguez, aged 45 — old enough to know better — got into an argument with another man who was working in his neighborhood. Instead of packing up and going home for the weekend, he pulled a pistol.

On the other side of the equation, the other unidentified man drew his own Roscoe in response and ended the threat.  When police arrived, they questioned the victim of Rodriquez’s anger and determined that the victim had acted in self-defense.

In fact, police didn’t even take the man into custody.

Investigators say the shooter was defending himself when he killed 45-year-old Jorge Rodriguez, and he was not arrested.

The incident happened at around 5:30 p.m. on Dec. 2 after Rodriguez reportedly began arguing with the suspect, who was working in the area at the time.

The suspect told police that Rodriguez took out a gun and pointed it at him.

“The suspect took out his own handgun and shot the victim,” police said.

While media accounts of what happened are pretty thin on details, the story should offer some lessons on how best to find yourself in a shootout.

First off, the most effective way to win a gunfight — as always — remains to avoid them any way that you can. You’ve heard of “must be present to win” drawings for prizes? Well, in gun fights, you “must be present” to lose.

Secondly, de-escalation has a lot to be said for it. Yes, you may have to temporarily surrender your desire to “be right,” allowing an idiot to have their way. Apologizing or deferring to an angry individual and walking away remains a far better alternative than entering sticking around as a the situation escalates. It just isn’t worth it.

Apologize for any perceived transgressions and then continue on your way. Save your personal defense ammunition for another day.

Thirdly, dash cams and video surveillance outside your property can make a world of difference in exonerating you if things go south. That’s assuming, of course, that your actions are what a reasonable person would judge as self-defense. They can also act as neutral observers for both yourself and others to critique your response as to handle such situations more effectively.

Long story shot…walk away if at all possible. Drawing a gun and pulling the trigger should always be the last possible resort.