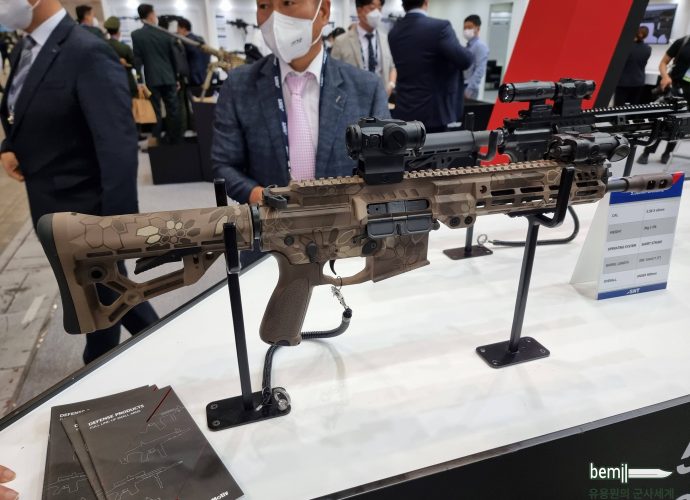 More photos from the SNT Motiv booth. Anything with “ST” designation are internal prototypes while anything with “K” designation means it is officially adopted by the military. This is the latest prototype of SNT Motiv’s STC-16 carbine, which will likely replace the Daewoo K1A carbines in service ROK SOF. Originally, END_OF_DOCUMENT_TOKEN_TO_BE_REPLACED