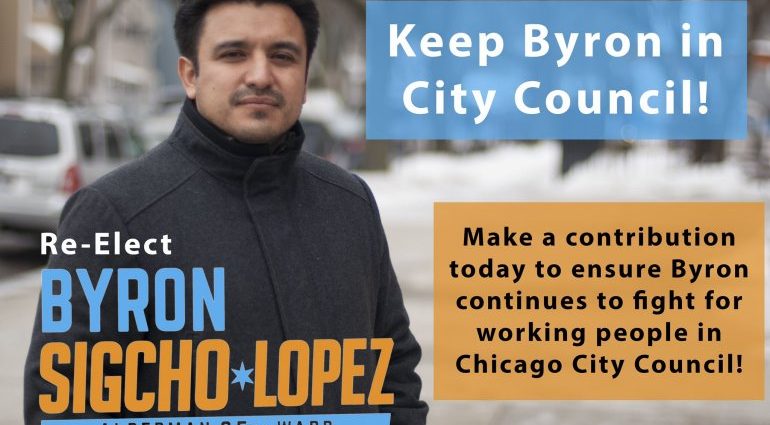 Chicago has a selection of radical crackpots on their city council. In the 25th Ward, Byron Sigcho Lopez claims to “fight for the working people.” He does this by lobbying for defunding the police and calling for fewer cops on the streets of his ward. While other council members want more beat cops, Sigcho Lopez, as recently as a month ago, repeated his disinvitation for fewer police in his ward.

Now, not even thirty days later, crime has spiraled. With the increase in crime comes depressed the real estate values. Despite angry homeowners harassing him about his kooky, Skittle-farting unicorn politics, the Democratic Socialist stalwart still isn’t asking for more cops. That, after all, would mean more oppressed poor people and minorities in the criminal justice system.

Instead, he’s calling upon local bad guys in his little slice of paradise to quit shooting one another. At least for a couple of days.

Beggin’ Byron didn’t say how many victims of violence constitutes an “acceptable.” All he knows is that there are too many right now.

On Monday, less than a month after publicly stating in a City Council meeting that he wanted fewer police officers in his ward, Chicago Ald. Byron Sigcho Lopez (25th) issued another public statement. This time, he asked his ward’s residents to refrain from shooting and killing each other for 48 hours because too many people had been injured in a flurry of violence.

Shootings in Sigcho Loopez’s ward are at their highest level since at least 2010, which is as far back as the city’s online database. In fact, his ward has seen more shooting victims every year since he was elected than any year before he took office. The good news for Beggin’ Byron is that he got his wish…there are dramatically fewer cops on the the beat in his ward. More from CWB . . .

Both police districts where the shootings in Sigcho Lopez’s ward occurred yesterday have lost a significant number of cops since he became an alderman in May 2019, according to the Chicago Office of Inspector General.

Alderpersons have no influence over how the Chicago Police Department deploys its officers. But Sigcho Lopez can sleep easy knowing that his desire to have fewer cops in the ward is being fulfilled.

Sigcho Lopez is up for re-election next spring. Despite the flying lead and victims piling up, dollars to donuts say he’s re-elected, despite his hard work “fighting for the working people” by ensuring that resident of his ward are as vulnerable to thugs and predators as possible.