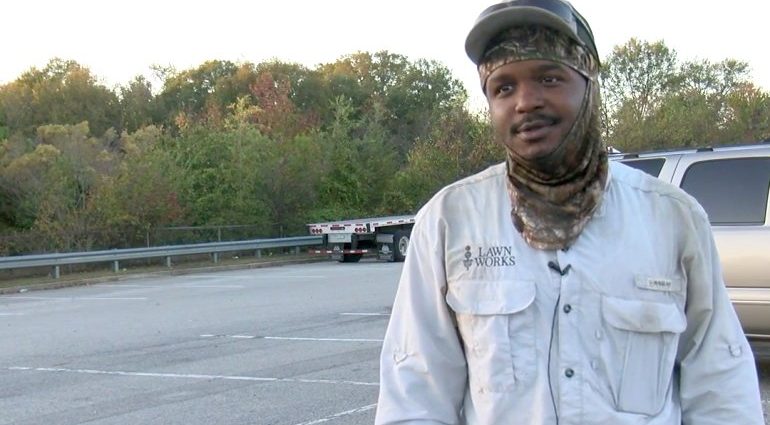 GUN HERO OF THE DAY: More On The Warner Robins Child Abduction Thwarted By Good Guy With A Gun

More details of the harrowing story of the good guy with a gun who stopped a child abduction and attempted murder behind a Warner Robins, Georgia Walmart have come to light. While waiting for an oil change at the store, Kelcey Willis heard a child screaming, “Please don’t beat me!” The screaming continued, spurring Mr. Willis to action.

He told WGXA that his first instinct was to grab his gun and help the boy. By trusting his instincts, Willis likely saved the kid from death or great bodily harm.

Following the screams into the woods behind the store, he saw the man on top of a boy, choking him. Several others also heard the commotion, but it was Willis and his gun that proved the deciding factor in stopping the attack

That gut instinct took over Kelcey Willis when he’d stopped for an oil change at the Warner Robins Walmart.https://t.co/tUn7WlxFqL

That gut instinct took over Kelcey Willis when he’d stopped for an oil change at the Warner Robins Walmart.

“As buddy was filling us in to get our oil change we heard a little kid screaming so we turned to the corner down there and we seen him getting snatched out the car and the man was taking him behind the building. We though he was using the bathroom but it took him way too long to come back from behind the building”, says Willis.

Willis says when the child kept screaming he felt he had to take action.

“The screaming kept getting louder and louder and that didn’t sit right with us. My first instinct was to grab my gun and go get that kid out the woods”, says Willis.

Once in the woods, Willis says he realized the danger the child was in.

“By the time I came around the corner he was on top of him choking him choking him and at that point I just put my gun up and held him at gun point and grabbed the kid”, says Willis

Willis was one of the several people that were there to help rescue the kid until police arrived.

Willis believes if it were not for his heroic actions and quick thinking the situation would have a different story.

“If I ain’t step in and I ain’t react as fast as I did the kid would probably be dead… He would’ve choked the child cold once we got the kid out the woods he said the man was going to beat him and leave him for the animals”, says Willis

All it takes for evil to succeed is for good men to do nothing. Nice job, Mr. Willis. You trusted your instincts and acted to stop a violent attack on an innocent child…and did it without firing a shot.

Willis’ courage and willingness to get involved earns him our seldom-given “Gun Hero of the Day” award. Well done, sir. Well done.

2022-11-14
Previous Post: r/guns – My CZ Scorpion Evo 3 S1 with some slight modifications. Hand spun by yours truly
Next Post: r/guns – Who doesn’t loved a color matched primary and secondary?