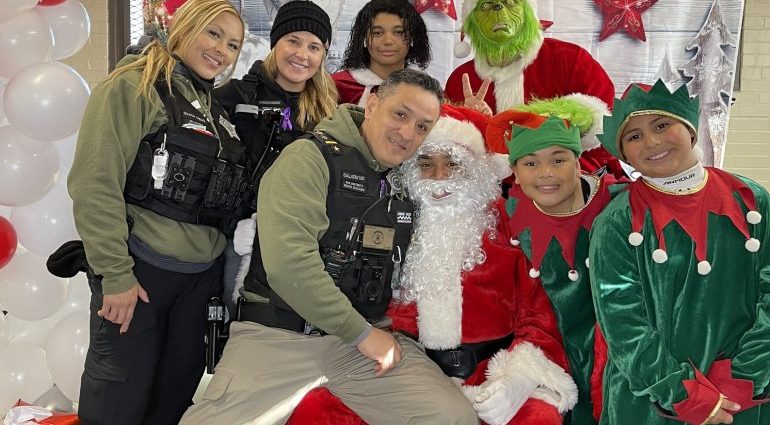 By: ci-editor
In: Crime and Punishment, Law and Order, News, Opinion
With: 0 Comments

Happy Holidays. That’s what crews of armed robbers are thinking in Chicago as they stick up scores of people, relieving them of their valuables, particularly in the decent parts of town. Vehicular-borne bad guys ride around in stolen cars and swarm their targets with alarming regularity. They’ve hit dozens of victims in recent days, and those are just the reported robberies.

The short-handed Chicago Police Department issued community alerts, but those are about as useful in protecting residents as a sternly-worded letter from the United Nations. The bad guys continue to ply their trade with impunity.

Chicago Police make arrests in just 5.8% of serious crimes. When you factor in a 60% decline in reported crimes over the past twenty years, that would suggest that CPD solves well under 4% of the most serious crimes committed and only about 7.7% of all crimes.

So thugs in Chicago really don’t worry about the police. Not only do they know the odds of getting caught by a department that are prohibied from chasing stolen cars or fleeing suspects (even pursuits of murder suspects where police have seen the murder take place) is extremely low, they know the local prosecutor oftentimes simply won’t prosecute them.

That relegates tax-paying, law-abiding people to nearly helpless victim status. CWB has the latest about the exploding numbers of holdups in the holiday season.

Nearly 40 people have been robbed since Friday by armed holdup crews prowling the city’s near west and north sides. Five victims were targeted Sunday evening in the West Loop and West Town.

Chicago police have issued community alerts about some of the crimes, which a source said likely involve at least two robbery crews. Still, the holdups continue, and some of the robberies are becoming more violent. There have been no arrests announced.

Forty armed robberies and not a single arrest.

On Friday evening, seven women were robbed, and another was carjacked during a crime spree in Wicker Park, Bucktown, and West Town. At least fourteen people were robbed during a two-hour crime wave that stretched from the Lower West Side to Irving Park on Friday morning.

Chicago’s notorious crime situation is quickly spiraling out of control. It’s edging toward the point where many victims may begin to administer their own brand of justice if they know who victimized them.

After all, the public knows how few criminals the CPD arrests, too. If cops only catch the bad guys 3.8% of the time, that means there’s also only a 3.8% chance that they’ll catch up to someone who decides to administer some street justice.