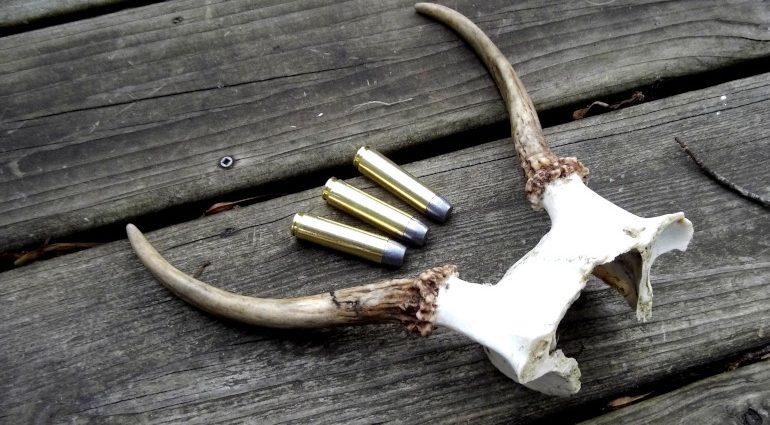 How to Get Started Hunting the Right Way

By: ci-editor
In: ethical hunting, fair chase hunting, Guns for Beginners, how to get into hunting, how to hunt, how to start hunting, Hunting, hunting for beginners, learn to hunt, Op-Ed, Opinion, tradition of hunting
With: 0 Comments

I used to shake a great deal when I saw deer wandering towards me across a vast fields of beans. Every inch they moved made my heart beat harder and it reminded me that I had to be patient.

Back in those days I hunted with a .45 bore Kentucky rifle my great uncle had found in an abandoned barn in rural Ohio. He gave the rifle to me to repair and it was my first true hunting gun. Today we are going to be taking a look at what it takes to get started in hunting and my experiences and insight as a modern hunter.

I was a better hunter in years past. It could be said that I was a better hunter because I had one shot and that shot was only good to about 75 yards. When you hunt with a muzzleloader and iron sights you are playing a very different game than what many people play today when it comes to hunting and in my opinion it is probably the truest type of gun hunting. More on that thought later.

You see, getting started in hunting is both easier and harder than one would expect for reasons that you may surprise you. Just like many things in life, hunting is a generational tradition and leisure pastime of many, and there are industries built to help ensure your success. I will elaborate on that in a few moments, but first I need to explain just how basic this can be if you want to get down to brass tacks.

The first thing you need to understand about hunting is that it’s a relationship between the hunter, the game, and the land. The trifecta of these things can’t survive if one vanishes or becomes hostile. If the land is mismanaged, the game disappears along with the traditions carried out on it.

If hunters kill unchecked, game vanishes and the land suffers a collapse in the ecosystem. If the hunter is banned, nature falls out of balance and the ecosystem again collapses. A true hunter is a person who strives to preserve the game they kill in the present for the surety of the traditions of future generations.

The mindset of the hunter is of incredible importance to the preservation of the natural world. I have said many times that there is no animal rights group in existence that does more for the natural world than conservationists and hunters.

Political groups love to posture that hunting is murder, but are themselves responsible for countless inhumane animal deaths. It doesn’t fit their narrative to acknowledge that deer tags pay for the conservation and management of massive populations of animals.

If you want to begin hunting, you need to understand that, above all, you are personally responsible for the taking of life. The hunt is a process that demands respect and if your first inclination is to want to shoot something, you don’t belong in the field.

Shooting an animal is the foundation of hunting, but it’s only the most basic element. In the act of hunting, you’re taking away that individual animal’s life. You stop its heart from beating and cause it to never see its herd or flock again.

If you think that animals don’t feel that loss, you’re wrong. I recently lost a prized Cayuga duck to a fox and my remaining three ducks called to her for days and didn’t eat or drink. I saw them sitting on the spot I buried their sister several times in the days since her death.

What does my duck have to do with hunting? Not much, except to illustrate the fact that you must realize that you are shooting at things that feel pain, have relationships with their own kind, and can feel sadness, anger, stress, and fear. It’s thus of extreme importance to kill game quickly, humanely and with great dedication. You can’t hesitate and need to be deliberate when taking your shot. Hunting requires grit.

You will hear them scream, choke on their blood, call for help, and, if wounded, they usually look right at you as you approach to deliver the final shot knowing they are about to die. It’s not a sight for the faint of heart.

Since you come to The Truth About Guns for the unvarnished truth, I will not lie and say that the business of killing is fun or pleasant, nor is it noble or great. The pursuit or ambush is where the excitement lies. In a way, the most unnerving part of hunting isn’t the shot, but rather the anticipation leading up to it.

What is Fair Chase?

Fair chase hunting is hunting where the game has the ability to escape and evade you. Hunting where a shot is guaranteed isn’t true hunting despite what some people, even people in this industry will say. Not getting a shot sometimes is part of hunting. The chance to be in the woods partaking in the hunt is a reward in itself and you shouldn’t be disheartened if you don’t see your game.

This is all part of the hunter’s mindset. A great hunter is marked not by the size of the deer or elk he’s shot, but the manner in which the animal was taken. In that sense, a great hunter may never take a shot in their life, despite being presented with many opportunities.

I wrote an article here on the ethics of long range hunting, which is an appalling trend pushed by many companies in the industry. Long range hunting is by definition not fair chase, as it extends the distance (and possible errors) in order to make the animal oblivious to the shooter. It is, in my opinion, a form of cruelty.

A long range hunter is not a hunter, but rather a killer who values the distance of the shot over the life of the animal. I have known and talked to many of these people, including names you’d recognize. Many display a blatant disregard for the animal. Each cited the distances they shoot with a certain giddiness. “I shot a coyote at 1,100 yards.” “I shot a deer at a half mile.” “500 yards is short range to me.”

I don’t think I’ll ever be convinced that long range hunting is ethical, sportsmanlike, or displays superior hunting prowess. It’s a cowardly act by people lacking the patience and skill to guarantee a clean shot, which can only ever be done at close range. The greater the distance, the more variables are introduced to the shot and variables increase the chances of cruelty.

As a new hunter, you should strive for excellence, and that excellence comes from respecting the life you seek to take by not recklessly causing harm or inflicting unnecessary pain on it. A good hunter knows when not to take a shot. If you second-guess yourself for a moment, don’t pull that trigger.

How complex is it to start hunting?

Good, basic gear is easy to find. You don’t even need a background check for it. If you go to a local gun shop or even a big box place like Cabela’s, you’ll be able to find all of this gear:

Get these things, zero your rifle at 50 or 100 yards, and then go knock on some doors in a rural area. You will probably have no problem finding private land to hunt on.

You’ll need to buy the appropriate tags after you settle on the land where you want to hunt. Wear some good camo or weather-appropriate clothing and sit with your back to a tree. You will have reasonable success just as I have and you will never need to open a hunting magazine or go into another gun shop again.

Keep your rifle clean and oiled and get familiar with the land. That’s really all there is to it.

The complexity comes from overthinking your gear, buying into fads, and compensating for a lack of skill with more gadgets and guns. If you can’t hunt deer with a cap-and-ball rifle, you probably shouldn’t be hunting.

Keeping it simple is the best way to start and develop good foundational skills. Patience is the greatest virtue of the hunter and you can only learn that firsthand through toil and grit. Many elements of modern hunting remove patience by extending distance or supplementing a lack of skill with gear.

Hunting is a massive industry today. Every company wants to sell you success through their ammunition, optics, and guns. Not to mention the massive markets in clothing, gear, gadgets, tools, and the brand culture that extends to aspects of everyday life.

You know a Browning man from a Remington man just by the sticker on his vehicle and, for the most part, that brand loyalty will continue to his children and was likely passed down from earlier generations. I know many a family that has a Browning logo on everything they own, right down to the tattoo on their shin.

The brand culture of modern hunting has, in my opinion, eroded some of the traditional culture of hunting. Corporatism is part of the modern world and it has had a degrading effect on the individual and their ability to succeed as a hunter. The race for more and better gear continues constantly.

It used to be that hunting gear and guns were an investment that would be passed down from generation to generation. Today we live in a world of fad cartridges, ever-changing opinions, and a great deal of fake news.

Modern hunting often turns into a race for the newest gear, ammo, and image. The first thing hunters change is their gear, not their approach. If you’re frustrated with a lack of success, perhaps change your style of pursuit instead of your guns and your gear.

If you aren’t a good hunter with a $500 rifle, you probably won’t be much better with a $5,000 rifle. Taking the time to reflect on what your weaknesses are before trying to cover them up in gear and guns will improve your results. You will be better off in the long run recognizing and improving the areas where you are lacking.

Where should I start?

If you want to be a good hunter, the best place to start is by getting involved in a group that has a strong hunting culture. I don’t know many hunters who keep at it long if they don’t have friends and family who are involved, too. Getting yourself into a local range or sportsman’s club is a good way to meet people, find good hunting spots, understand the gear and gun requirements of your area, and receive solid advice.

The world of hunting can seem impenetrable to many outsiders, but if you have a strong stomach, some patience, and dedication to your task, you will be a successful hunter. Hunting is all about mindset and you’ll be much better off if you keep it simple, reference good books and local resources, and make an effort to understand your game.

Keep in mind that hunting is an important part of the nature of mankind. By choosing to be a hunter you are choosing to return to your deep ancestral roots. Hunting starts within and if you are patient, it won’t matter what weapon you have in your hands.

2022-09-09
Previous Post: r/guns – Decided to add a little bit of fde.
Next Post: r/guns – This old pistol has been on my grandparents’ shelf for generations and I don’t know anything about it. I’m aware that it is in very poor condition but if anyone here has any information, I would love to hear it. More pictures and info in the comments.