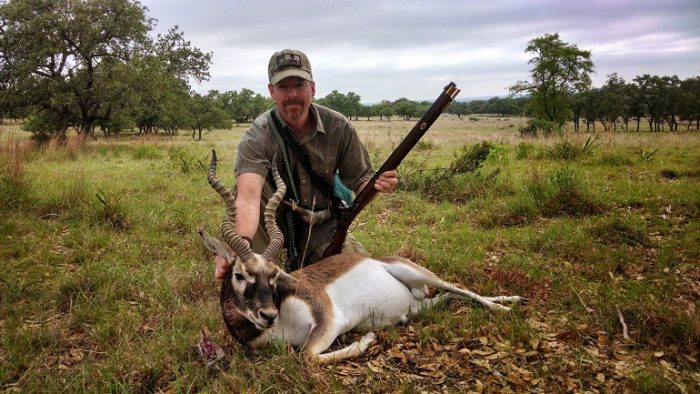 Hunting Is What You Make of It

Without a doubt, the easiest hunts I’ve had were on public land.

In Pennsylvania, I sat in a tree stand in a wooded area between a series of farms. A local friend of mine told me the strategy: “Just be quiet and everyone else making all their racket will drive the deer right to you.” And he was right.

The tiny patch of public land available for hunting was packed with people. All I had to do what not be as loud as everyone around me. The deer weren’t afraid of them, just annoyed. After all, those deer had lived their entire lives without natural predators. They saw people on the farms and in the surrounding suburbs, every day of their lives. It was fish in a barrel.

In the end, I decided not to shoot any of the harried deer I saw underneath me. They were all just too young. That night I described the deer I saw to my buddy and he told me that if I was going to pass up on four-year-old deer, I was never going to get one around there. Again, he was right. The majority of deer pulled out of those lands were three years old or under.

Maybe the western states would be the savior of my public land hunting experience. Years ago I envisioned the mystique of public land antelope hunting in Wyoming. I thought I’d be walking long distances over grass and snow, taking long shots at fleet-footed speed goats.

Instead, what I got was a line of trucks parked down the road in the parcel I drew, with hunters who had stepped as little as they legally had to away from those trucks to shoot the antelope standing and staring at them. The game warden drove back and forth on the road, ensuring that people would actually get out of their vehicles before shooting. In my observation, many did not. I got out, followed the path through the snow left for me by the guy that was walking in, “missed”, he said, and shot a doe with my scoped rifle. That first antelope took longer to cook than to hunt.

I’ve hunted quite a few different states now. Like me, most folks with any experience have politely listened as people who hunt this way say it was “real’ hunting.” That this was “ethical” or “fair chase.” I smile and nod. Bless their hearts, they just don’t know any better. Back then, when I started hunting those areas, I didn’t know any better either.

I didn’t realize it didn’t have to be that way. I could have prepared for the hunt better. I could have hunted a different area, or not at the absolute peak of hunter activity. I could have chosen another date, another weapon or another method. For instance, in Wyoming, I now only hunt with an iron-sighted revolver or flintlock. And although I’ve struck out for three years in a row, I put in tags for areas not by the number of antelope taken, but for how difficult it is to get to.

Like many thousands of hunters, I’ve learned to make the hunt better, more intimate, and more challenging.

I’ve done the same with hunts under high fence, again, as many other hunters do. Thousands upon thousands of hunters, even “high-fence hunters” choose to spot and stalk with a bow and arrow. Some take it to greater extremes.

For instance, a friend of mine finally got his Nilgai antelope, after two years of going to the same high-fenced south Texas property almost every single month. He chose to spot and stalk hunt for one specific animal. Not a specific species, but that one specific bull. He chose to do it on a fairly small piece of property, barely even 1,000 acres. Have you ever tried to hunt 1,000 acres of solid cactus and mesquite thorns…on foot in July? Try it, and you’ll get a lesson in “fair chase.”

I was dealt a bit of a blow a few years ago when I was told by a friend that he found a ram I have been after laying dead at the bottom of a ravine. I’ve been heading out to get that ram at least twice a year for four years straight. Old age, another ram, or predators beat me to it. Oh, and yes, it was all on a high-fence property.

The only hunt I’ve ever had that rivaled the difficulty of a few of my private land west Texas ram hunts was a Colorado elk hunt I took, unguided, in an area I was unfamiliar with, with only a mesquite bow. If I had chosen to take a rifle with me on that elk hunt, it would have been over within half a day.

In the same vein, if I was willing to take a younger ram or ride around on an ATV, those west Texas hunts would be easy, too. Instead, each time, I get a week of hard hiking, failed stalks, endless spotting and, more times that not, no shooting.

The truth is, no matter if it’s on public land or private land, or how high the fence is, hunting is what you make of it.

According to the research done by the Quality Deer Management Association, the average deer, in an ideal natural environment, lives on less than 350 acres over its entire life. Many never wander more than 60 acres.

Considering that, any suggestion that a hunter who is stalking deer on a 6,000 acre high-fence property isn’t practicing “fair chase” or is somehow unethical is ridiculous. That deer has far more predators and far fewer interactions with humans than the farm and park deer of the northeast that are forced to live out their lives dodging their only real predator…cars.

Are there people who just buy the opportunity to sit in a blind, still half drunk from the night before, to shoot a deer under a feeder that somebody let out of a 10-acre pen just days before? Yup, and I’m glad there are. They cover the paychecks of cooks, ranch hands, guides, butchers, taxidermists and outfitters.

They pay the top dollar and that helps family ranches stay ranches instead of industrial plants and subdivisions. If you want to go out and pay $25,000 (an actual amount I’ve seen paid) to shoot a pen-raised white tail deer…well it may not be for me, but I’ll surely shake your hand and say thank you.

The same goes for those men and women in a muster line on that same road, every year in Wyoming. I’m glad you’re at it. I mean, I’d like for you to at least put your beer down and get out of the truck, but I’m glad you’re out there hunting at all.

Every single one of the people I’ve mentioned above are ethical hunters, (except maybe the drunks) and we should welcome them all.

Oh, and one more. That mother shooting the deer in her yard right through the window screen. She’s never had a hunting license and the season ended a couple of months ago. But her kids need food and she fed them. I say good job, ma’am. Of all the hunters mentioned, our ancestors would have welcomed you the most.