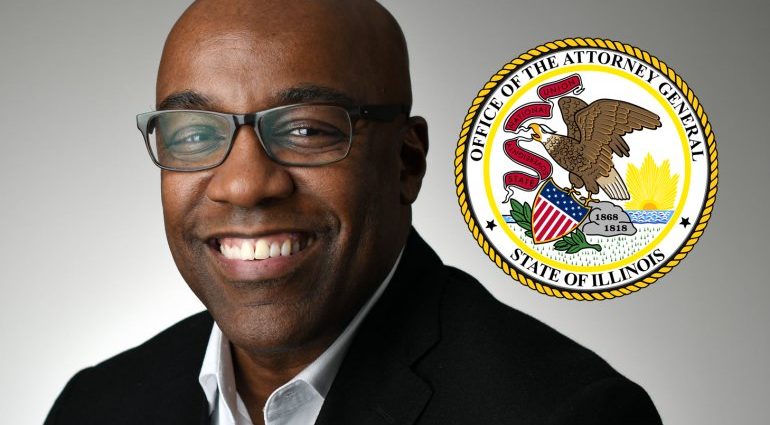 Illinois Attorney General Kwame Raoul finds himself in the unpleasant position of defending the indefensible.  It falls upon him to defend Gov. J.B. Pritzker’s new gun and magazine ban in the courts.  At a court hearing yesterday, Raoul got off to a rocky start.  Despite 450 attorneys working for him, Illinois’ top lawyer couldn’t even muster enough juris doctors to defend each of four named defendants in the first court hearing.

I know.  You’re probably like me reaching for a tissue at that news.

Many if not most of Raoul’s attorney crew works in Chicago.  Those city slickers try to avoid going south of Interstate 80, which in the minds of more than a few Chicagoans represents the demarcation between their idea of civilization and cornfields, hicks and bumpkins that could star in Deliverance 2.

As an Illinois resident from south of the demarcation line at I-80, I can just imagine the reaction of Kwame’s attorneys being asked to travel four hours downstate, in person, to defend the Senate President and the Speaker of the Illinois House.  “You want me to go where?  That’s way down there in hillbilly country!  Besides, they probably don’t even have running water there.”

Anyway, it didn’t go well for AG Raoul.  First he tried to delay by asking for a new judge to hear the case.  The chief judge assigned a new jurist, but kept the hearing time at 11a.m. on Wednesday.

Rejected on the first request, Raoul’s office then asked for a week-long delay in the hearing.  Bzzt.

In the end, the hearing happened and only the named defendants of the Governor and Attorney General had legal representation.  The Attorney General’s office left the Senate President and the House Speaker without any legal counsel.

That’s right, Kwame Raoul has 450 attorneys and he couldn’t get four of them to show up in Effingham for an emergency hearing.  Meanwhile, Attorney Tom Devore moved forward with asking for a temporary restraining order to block enforcement of HB-5471, the Draconian new gun and magazine ban that bans the hottest-selling firearms for personal defense in the Land of Lincoln.  And a whole lot more.

The Illinois Review has some details of the hearing.  A decision is expected by end of business Friday on the motion for a temporary restraining order.

On Wednesday morning, in an emergency hearing to discuss, what many are calling, an “unconstitutional” assault weapons ban, Effingham County Judge Joshua Morrison heard arguments from representatives of Attorney General Kwame Raoul’s office, and from Tom DeVore, representing over 860 plaintiffs, saying he will issue a ruling by Friday.

Earlier in the evening, sources also confirmed to Illinois Review that Raoul’s office asked for a one-week continuation, but that request was denied.

The hearing proceeded, ex parte (one side only), meaning a Judge can proceed without any representation from defendants. Ex parte is usually reserved for emergency purposes.

During the emergency hearing, representatives from the Attorney General’s office were present, attending on behalf of Gov. JB Pritzker, D, and Attorney General Raoul, D. However, the General Assembly and named defendants Speaker Chris Welch, D, and Senate President Don Harmon, D, were unrepresented at the hearing.

Former Republican nominee for Attorney General Thomas DeVore, who filed the lawsuit on behalf of over 860 plaintiffs, was also present at the hearing.

DeVore argued for roughly 25 minutes, while representatives from the Attorney General’s office spoke for more than 45 minutes.

DeVore’s lawsuit challenging the new gun ban in state court is just one of three filed so far this week.  Thomas Maag, famous for winning a settlement in a class action lawsuit about the Illinois State Police fee-stacking on FOID applications, filed suit in the Southern District of Federal Court.

And the Illinois State Rifle Association, backed by the Firearms Policy Coalition and the Second Amendment Foundation, also filed in the same federal court district.

And if that wasn’t enough work for ol’ Kwame Raoul, the Illinois Gun Rights Alliance will likely file their lawsuit next week or the week after in federal court as well.  The IGRA, a new group, includes the Aurora Sportsman’s Club, FFL-IL, Guns Save Life, the State Line Rifle Association, Gun Owners of America, and the Second Amendment Law Center / Chuck Michele.  We (I serve as the executive director of Guns Save Life, one of the founding member groups) just put out a press release announcing our group earlier this week.

Suffice it to say that the Governor thought this Draconian gun and magazine ban would make him look like an effective statesman capable of accomplishing the impossible.  He likely believe it would serve as a pillar in a possible presidential campaign announcement.

Instead this thing is morphing into an epic political embarrassment in real time.  Pritzker looks weak and inept as within days of signing the measure into law, Pritzker faced about 90 county sheriffs and/or state’s attorneys telling him publicly to pound sand on enforcing the new law.  And now his precious new law looks like it may get blocked by the courts.

Adding insult to injury, an inept Attorney General can’t even find attorneys to represent all of the named defendants in the first court hearing of many more to come.

Then again, this is the dim bulb AG who appealed to the Illinois Supreme Court when a county judge blocked the “No Cash Bail” law for 64 counties prior to the new year.  Not only did the local Supremes reject Raoul’s motion, but they expanded the order to all 102 counties.  That’s some mighty fine lawyering there, Mr. AG.

In the end, it looks like J.B. Pritzker does not look like a wise and capable statesman destined for higher office.  Instead, he looks like a feckless blow-hard surrounded by incompetence.

2023-01-19
Previous Post: Echo – Academy of Self Defense
Next Post: WOD: Challenge Your Endurance and Power with American Woman WOD