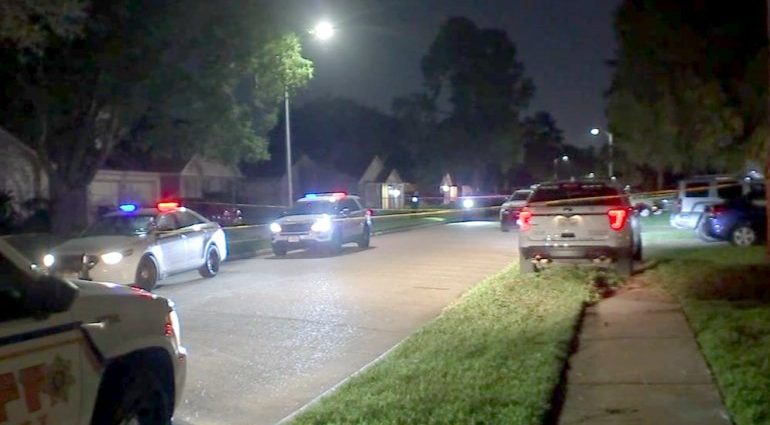 Police Impersonators: Home Invader Shoots His Partner, Then Is Shot Dead By Homeowner

Bad guys sometimes act like police to gain a momentary advantage against their potential victims. Harris County, Texas Sheriff Ed Gonzalez let members of the community know about a pair of pretend cops who met a most satisfactory ending after forcing entry on a home in Katy, Texas west of Houston.

The intruders, dressed in what looked like “body armor” stormed the residence while firing shots. It seems their marksmanship could have used some improvement, though, along with their muzzle discipline. Darwin interceded when one thug plugged the other, causing him to drop his gun and run towards the home’s exit.

Hold on, though…it gets better. Captain Overwatch, who moments before shot his own partner, then ran into his own difficulties.

The occupants of the home, a woman and her two adult male children, saw their opportunity. One son grabbed the gun the wounded invader dropped and fired shots at the the other one.

One of the rounds found its mark, killing him deader than disco.

A home invasion suspect was shot and killed inside a Katy home overnight, and deputies believe he accidently (sic) shot his own accomplice before his death.

Just before 11:30 p.m. Thursday, deputies with the Harris County Sheriff’s Office responded to a home invasion in the 3200 block of Windmoor Drive.

There were three people inside the home at the time — a mother and her two adult sons.

@HCSOTexas Homicide & CSI are at a residence located at the 3200 blk of Windmoor. Shortly after 11pm last night, suspects posing as law enforcement forced entry into the home. There were 3 persons inside the home at the time. At least one suspect began firing and may have 1/3 pic.twitter.com/e8nK30pour

Cops are still looking for the wounded perp and the getaway driver. Given that the gunshot wound will need treatment, it’s probably just a matter of time until the aspiring brain surgeon meets up with Sheriff Gonzalez’s men. And maybe the getaway driver, too.