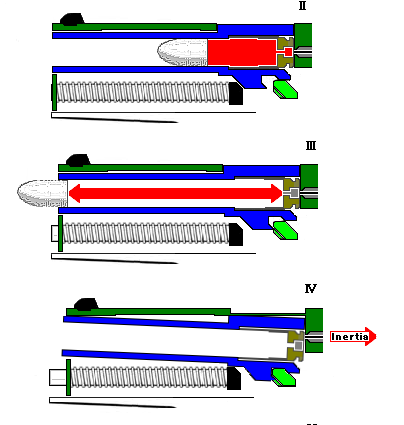 r/guns – “SIG Sauer System” and its legacy for most modern handguns.

By: /u/calicoin
In: guns, Guns Only, Weapons
With: 0 Comments


In the 90s I wanted to get a handgun and the M9 competition was the main datapoint on choosing a reliable handgun. It was down to the Beretta 92fs and the SIG Sauer p226. I ended up getting the 92fs (it was cheaper… also the reason the US Military went with it) but always wanted a SIG.

Recently I bought a SIG and looked at a number of AGI gunsmithing vids on the various actions in modern firearms. Glock obviously changed the game after Beretta vs. SIG… but I went down a rabbit hole of gun design and was surprised by some things.

I enjoy history and thought I would summarize what I found.

Semi-Auto handguns were probably first conceptualized by the design of the 1880s Maxim Gun. This quickly led a number of gun designers to come up with a hand-held recoil-operated firearm.

There are some interesting designs… but in my opinion the Colt/Browning 1911A1 and the Luger 9mm came out in the very early 1900s and most influenced handguns that came after. The locking mechanism in modern firearms (all-metal and polymer) is most directly influenced by John Browning and his designs. The grip angle of the Glock is influenced however by the Luger. Other modern polymer handguns typically do not follow the Luger grip angle and assume more of an 1911 grip angle.

The picture in the post is the “SIG Sauer System”. 1911s have a number of areas that need precision fitting to be accurate (the barrel bushing, barrel lugs/recesses in the frame, barrel link, etc). Browning realized that these issues existed and removed the barrel bushing and converted the barrel link into a cam. This was done in the mid-1930s I believe.

The big shocker for me as someone who hasn’t looked into this in years is in the AGI video for the Glock… he makes clear mention how it was derived from a SIG lockup design. And that design is now mostly the standard in modern firearms.

In the mid-1970s SIG introduced a further “fix” for the 1911 short-recoil locked breech design. No longer would barrel lugs and frame recesses be needed. The barrel hood would be the lockup section for the frame.

I thought this was great and maybe a bunch of you already knew this… but was surprised that SIG has so greatly influenced modern handgun design.

Also.. as a side-note… the 92fs was heavily influenced by the P-38 which in turn was a development from the Luger. However, the 92fs lockup is no longer common in modern firearms.

Edit: it was perhaps more Charles Petter that implemented an improved 1911 lockup. SIG also used this design in the late-1940s… however the full “SIG Sauer System” wasn’t created until the mid-1970s with the p220

Edit2: actually, unsure of how Browning and Petter worked together on the first improvements to the 1911 lockup