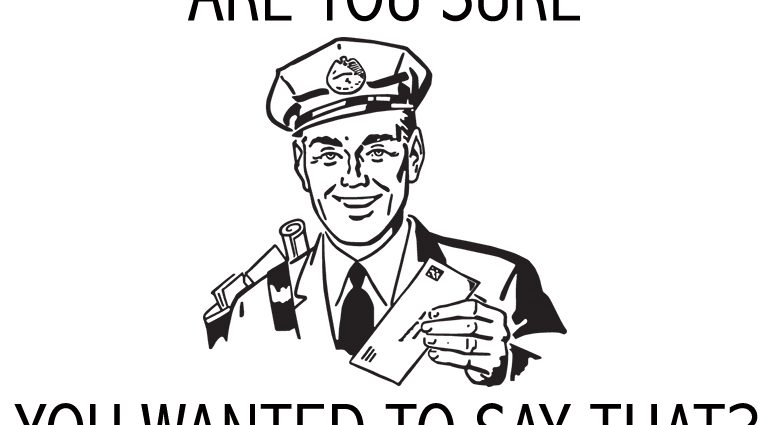 There are apparently still people — some who frequent this web site — who believe that what they say and otherwise communicate online is private. As a former girlfriend’s mother would have said, “Oh, bless their hearts.”

The more cynical among us have assumed for years that the FBI, NSA, CIA and who knows how many other alphabet agencies whose remits include anything they call ‘law enforcement’ or ‘national security’ can and do hoover up information from individuals and groups in the U.S. on a regular basis.

They do this claiming it’s all part of monitoring internal “threats” and keeping us all safe. You know, from our enemies. Many of these domestic surveillance activities can and have been called illegal intrusions by a range of groups…for all the good that does.

Now, thanks to a fellow at the Cato Institute, we know of a domestic spy agency most of us probably hadn’t considered before…the U.S. Postal Service.

Yes, the same people who routinely fold, spindle, and mutilate your mail (when they manage to get it to you at all) have also been spying on groups they evidently consider to be “threats.”

The Washington Times reports today that . . .

The records provide a rare glimpse into the breadth and depth of the Postal Service’s surveillance apparatus, which Mr. Eddington said was capable of reaching into every home and business in the country.

iCOP…how’s that for a wonderfully Orwellian moniker?

“The Postal Service cannot reliably deliver mail to my own home, yet they can find the money and people to effectively digitally spy at scale, including on Americans engaged in First Amendment-protected activities,” Mr. Eddington said.

That is strange, isn’t it? Beyond securing safe and reliable mail delivery, why would the Postal Service care about what people are saying in the letters (remember those?) they deliver, let alone online…a means of communication in which they’re not involved in any way?

You may remember how big an event that was in 2020, when Virginia’s then-Governor Ralph “Coonman” Northam, who was pushing a slate of gun control laws, banned the carry of firearms in and around the capitol and fenced off a large portion of the grounds.

All that did was ensure a huge crowd of Second Amendment supporters attended.

But a funny thing happens when law-abiding gun owners assemble to support their right to keep and bear arms by exercising their First Amendment right of free speech. They protest peacefully. No stores are burned, no police cars are torched, and no autonomous “free zones” are established. They arrive, they protest, and they go home, usually including picking up their own garbage.

After the huge 2020 turnout, the Postal Service’s inspectors were apparently concerned that the 2021 Lobby Day event would be more of the same (i.e., peaceful protest in support of an enumerated civil right).

Alright then. But even if all of that is true, how the hell does that — in any way — involve the United States Postal Service?

The Postal Service inspector general said this year that the postal inspectors’ surveillance overstepped law enforcement authority and may not have had legal approval.

The inspectors disputed that conclusion.

Of course they did. An interesting aspect of the newly disclosed surveillance activities is, what did they do with the information? With whom in law enforcement or the federal government did the USPS share the product of their spying?

That wasn’t addressed in the Washington Times article and don’t hold your breath waiting for the Postal Service to divulge that information.

As a result of an Inspector General’s audit, the USPS agreed to perform “a full review of the analytics team” and to dream up a less disturbing name for its domestic spying operations than “iCOP.” They have until the end of this month to do that, but good luck ever finding out what the results of that review are — or if it’s ever done at all.

Rule of thumb: assume anything and everything you say and do online is being watched by someone somewhere. Because more often than not, that’s exactly what’s happening.