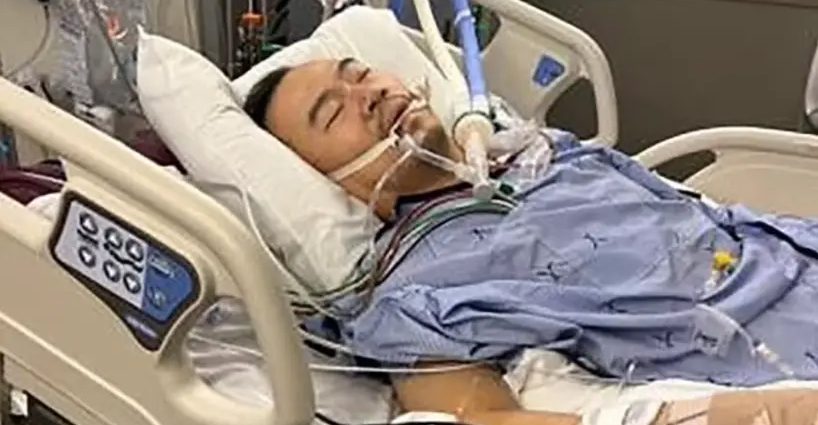 Zero bail advocacy and laws eliminating bail requirements have sprung up in cities and states around the country since the killing of George Floyd and the 2020 summer of riots, burning, looting, and killings. Bail, you see, is considered racist and classist, criminalizing poverty and a violation of the principle that everyone is innocent until proven guilty.

During the worst of the mostly peaceful events in Minneapolis, then-future Vice President Kamala Harris urged her supporters to contribute to a fund to spring those unlucky enough to have been caught and charged with violent felonies like arson, looting, assault, and more . . .

If you’re able to, chip in now to the @MNFreedomFund to help post bail for those protesting on the ground in Minnesota. https://t.co/t8LXowKIbw

In the last three years, a number of cities and states have enacted zero bail laws, resulting in even those who are charged with violent felonies walking free again in 24 hours or less after being arrested. New York has enacted one such law that’s been so successful and popular that many of the politicians who advocated for, enacted, and defended it were run out of office in November.

Illinoisans are about to get a taste of that kind of success as a turbocharged version of “progressive” criminal justice reform has been enacted into law. As of January 1, a new Illinois law — which, in a hysterical bit of irony is actually called the SAFE-T Act — will eliminate bail for all but the most heinous crimes. As the New York Post’s Gianno Calwell reported . . .

We’re not talking about nonviolent crimes like, say, jumping a railway turnstile or even stealing food from the grocery store. This will be no bail or automatic detainment for second-degree murder. Kidnapping. Armed robbery. Drug-induced homicide. Aggravated DUI.

Hardened criminals, charged with everything from threatening a public official to armed burglary to arson, will be emboldened and empowered.

Hence the law’s newly popular nickname, The Purge Law, and the furious efforts by those the media to refute the effects it will have on civil society. Even those who’ve been shackled with ankle monitors will be be able to roam free (for a while) . . .

To make matters worse, offenders released on electronic monitoring devices must be in violation of their parole for 48 hours before it will be considered a crime. In the state’s largest county — Cook County, which encompasses Chicago — at any given time, there are more than 3,000 people wearing ankle monitors. This includes about 100 who have been charged with murder.

And the media marvel, month after month, at gun sales statistics while law-abiding Americans continue to ensure they have the means to defend themselves. It’s become all to clear that elected officials are far more concerned with “social justice” and “equity” than they are with ensuring a healthy, ordered, peaceful society under the rule of law.

Meanwhile, our friends in the gun control industry blame rising crime rate on — you guessed it — too many guns.

But law-abiding citizens aren’t the only rational actors at play here. Criminals act (relatively) rationally, too. They look at what’s happening, realize they can do just about anything and, if they’re arrested, they can get right back out of jail and and do it all over again. And again.

The Las Vegas office of something called The Bail Project, a “bail reform” organization, laid out $3000 to get Rashawn Gaston-Anderson out of the klink last year. He had previous arrests for infractions like burglary of a business, pandering, carrying a concealed weapon without a permit, two counts of grand larceny and attempted grand larceny.

…combats mass incarceration by disrupting the money bail system—one person at a time. We restore the presumption of innocence, reunite families, and challenge a system that criminalizes race and poverty. We’re on a mission to end cash bail and create a more just, equitable, and humane pretrial system.

Nothing in there seems to say anything about keeping violent repeat offenders behind bars in order to ensure the safety of law-abiding citizens, but maybe we missed that part.

Anyway, a few months after Gaston-Anderson got out, he walked into a Las Vegas restaurant and shot a waiter, Chengyan Wang, eleven times. Wang miraculously survived.

“He’s got scars all over his body,” Wang’s lawyer Kory Kaplan said. “He can’t move his shoulder over a certain height. I don’t know how (the bullets) missed a vital artery.”

What didn’t survive the incident, however, is the Las Vegas office of The Bail Project. They seem to have ceased all operations, probably as a result of a lawsuit Wang has filed against The Bail Project, Gaston-Anderson, and the owner of the restaurant.

The Bail Project is supported by a raft high profile individuals such as Danny Glover, John Legend, and Richard Branson. The org list offices in 26 cities around the country (no longer including Las Vegas on their list).

Springing a perp who then goes on to commit an even more serious crime isn’t anything new. The Minnesota Freedom Fund — that’s the one Vice President Harris promoted in the tweet above — paid to free someone named George Howard. Howard, who was prohibited from possessing a firearm, then shot and killed a man on I-94 in Minneapolis.

That was, well, awkward for both the Minnesota Freedom Fund and for the Veep.

Meanwhile, back in Las Vegas, Gaston-Anderson pleaded guilty to charges in the shooting of Mr. Wang and was sentenced to 18 years behind bars. That puts him safely beyond the reach of The Bail Project and their now nonexistent Las Vegas office.

In the mean time, The Bail Project (and other similar organizations) is still out there operating in 26 other cities facilitating recidivism by paying the bail of known repeat offenders. At the same time, Americans are adding to their stock of firearms at the rate of a million or more a month, as they have been for the last 40 months.

And so it goes.

2022-12-26
Previous Post: Safety Tip: How to Survive a Public Shooting Range Session
Next Post: ‘Lowest of the low’: Looters pillage Buffalo while police are distracted saving lives and digging up bodies