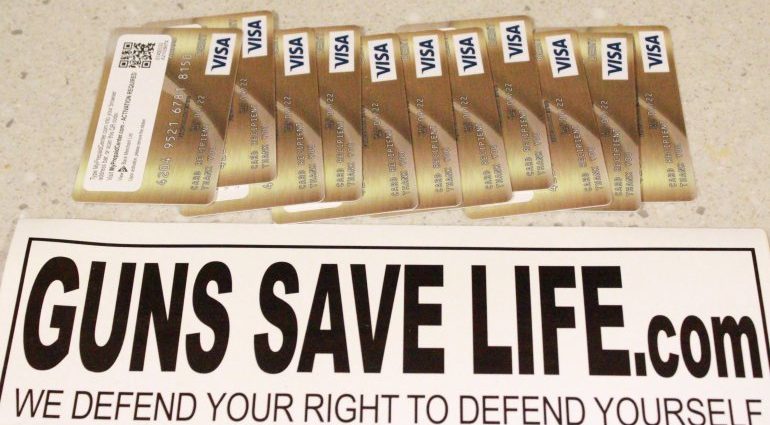 At Guns Save Life, the Illinois-based gun rights group, we’ve lost count of how many times we’ve traded broken down clunker firearms to the “do-gooders” in Chicago for perfectly good cash.

What makes it even more deliciously subversive is that we then donate the money collected to buy ammo for youth shooting programs.

We also use the cash to buy guns to give away at youth shooting camps.

And even more guns.

In the immortal words of Britney Spears, we went and did it one more time. Or maybe, oops, we “did it again.” Either way, about three weeks ago we took a dozen unwanted and no longer loved clunkers to the latest edition of Chicago Mayor Lori Lightfoot’s misguided gun buybacks.

A few of these were older than President Joe Biden and they worked about as well. Some of the more recent specimens also had issues. No self-respecting gang banger would dream of getting caught dead (figuratively or literally) with any of these in his hand.

Why are we just now writing about it? Because we didn’t want the take a chargeback from Mayor Lori Lightfoot’s henchmen. After all, Mayor Lightfoot doesn’t react well to embarrassment and humiliation. Also, this time through, the pre-paid VISA cards expired just days after the event. In the past, they were functional for months before expiring.

The trip wasn’t without some frustration. We took a dozen guns up with us. The officers running the event erroneously determined that one of the guns wasn’t a gun when in fact it was a .22 Short pocket pistol from the late 1800s…with a folding trigger.

They also claimed that another one, which looked like a cheap knock-off of a GLOCK, was a BB-gun, when in fact it was a “real” .22 caliber rimfire handgun. What’s more, they wouldn’t give the two firearms back to our people when officers’ initial determinations were contested.

In the end we only walked away with $1010 for what was essentially scrap metal and paper weights. A modest sum of cash for a very good cause.

Admittedly, we have our work cut out for us to match the work of the gent who turned in 3-D printed “firearms” for $21,000 at a Utica, New York gun buyback event. Maybe someday we’ll match that for return on investment. Still, we did pretty well for the noble cause of introducing young people to the fun and excitement of shooting…and how to do it safely.

Thanks Mayor Lightfoot! You’re the best.